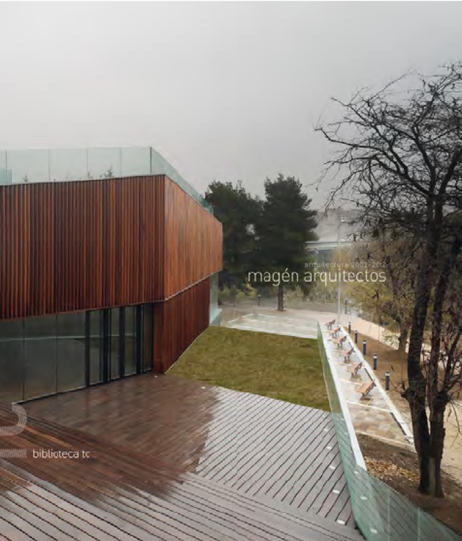 «Spanish architecture in recent years (…) has been an architecture that is aware of its environment and its possibilities, but also of the «builder» tradition initiated by teachers in the sixties and seventies, and later continued by many generations of architects who are now in their fifties and sixties, that today has been picked up by a number of younger architects. The Magen Arquitectos studio is definitely a prime example of this attitude and their projects, which handle an abundant and rich sequence of references related to this way of understanding the work, are examples of this.». Francisco Mangado.

«A sense of timing that, in the case of this team, lies in their capacity to analyze the design and the location of their projects;  this is enriched by a special investigative zeal which refuses to sacrifice the spatial experience despite the budget constraints. (…)This sense of timing that leads Magen Arquitectos to the solution at just the right time. There are no minor issues for them, only opportunities.» Llatzer Moix

– Refurbishment of dwellings in the old quarter. Zaragoza

Memory and the city

– Recovery an extensión of an 18th century house for public school of Music. Alcañiz, Teruel

– Residential, Social and Cultural Facilities in the Convent of St. Augustine. Zaragoza

– Environmental Center on the banks of the river Ebro. Zaragoza

– Administrative Center of the Region of Bajo Martin and for the Development of Alabaster. Híjar, Teruel

Available at TC Cuadernos and Archpapers