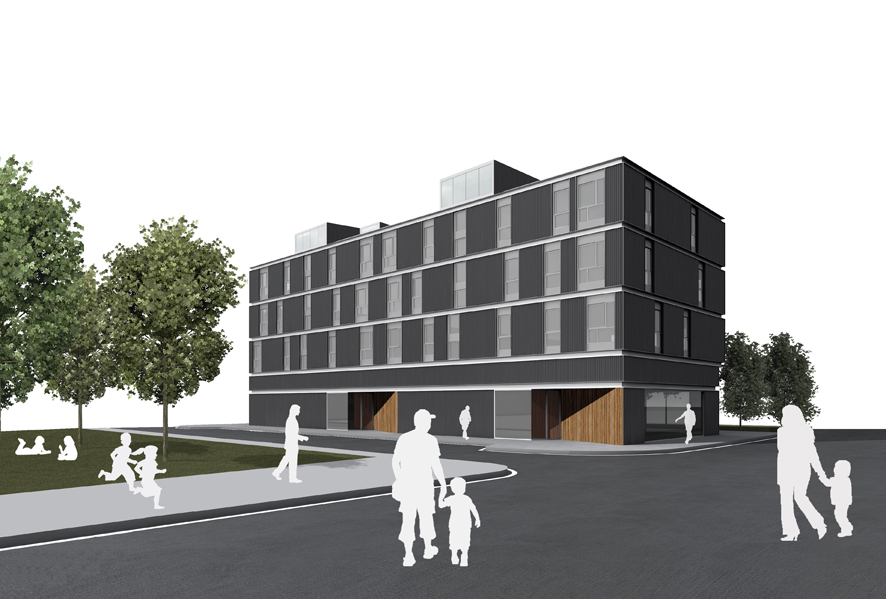 The block set up an urban edge piece responds differently to the obvious differences in environmental conditions. The orientation of the building supports the idea of ​​contrast between a more closed and opaque exterior, to the adjacent streets, and block most open green spaces and views.

The position of the block responds to different urban situations: on three sides (north, south and east, bordered by the streets and existing residential buildings, and a new residential building to the south. However, to the west, the building opens onto the garden area defined by the three blocks above. In addition, to the south there are views of the Imperial Canal of Aragon and its associated parkland. Therefore, the building will respond to these different urban situations with a more closed configuration in two of its sides, and more open to the west and south to the green spaces and views.

Dwellings are arranged so that all can enjoy these views, so all rooms are facing the green areas, preceded by a terraced spaces between housing and landscape.

The configuration of the building is a true thermal behavior: the facades facing the street north, south and east, are closed and massive, isolated from the ambient noise and providing thermal inertia, while to the west and south, flying over the holes , terraces and aluminum slatwall allow sun exposure in winter housing, while the smoothed summer.