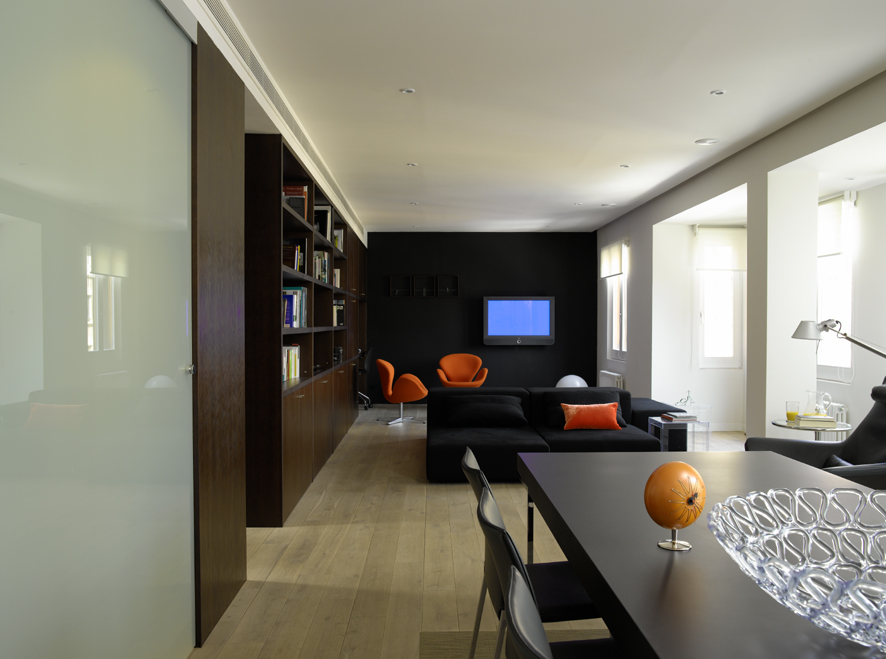 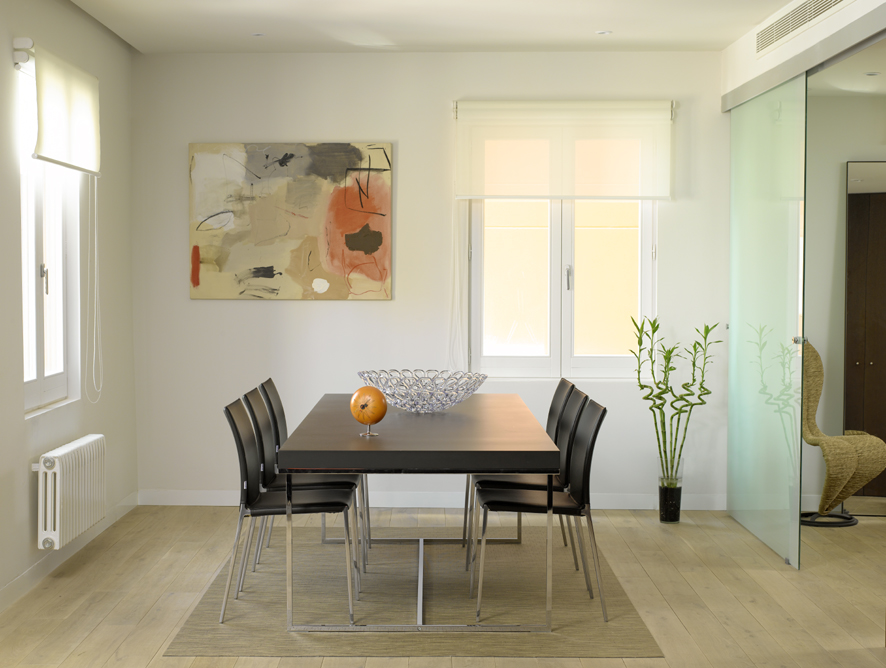 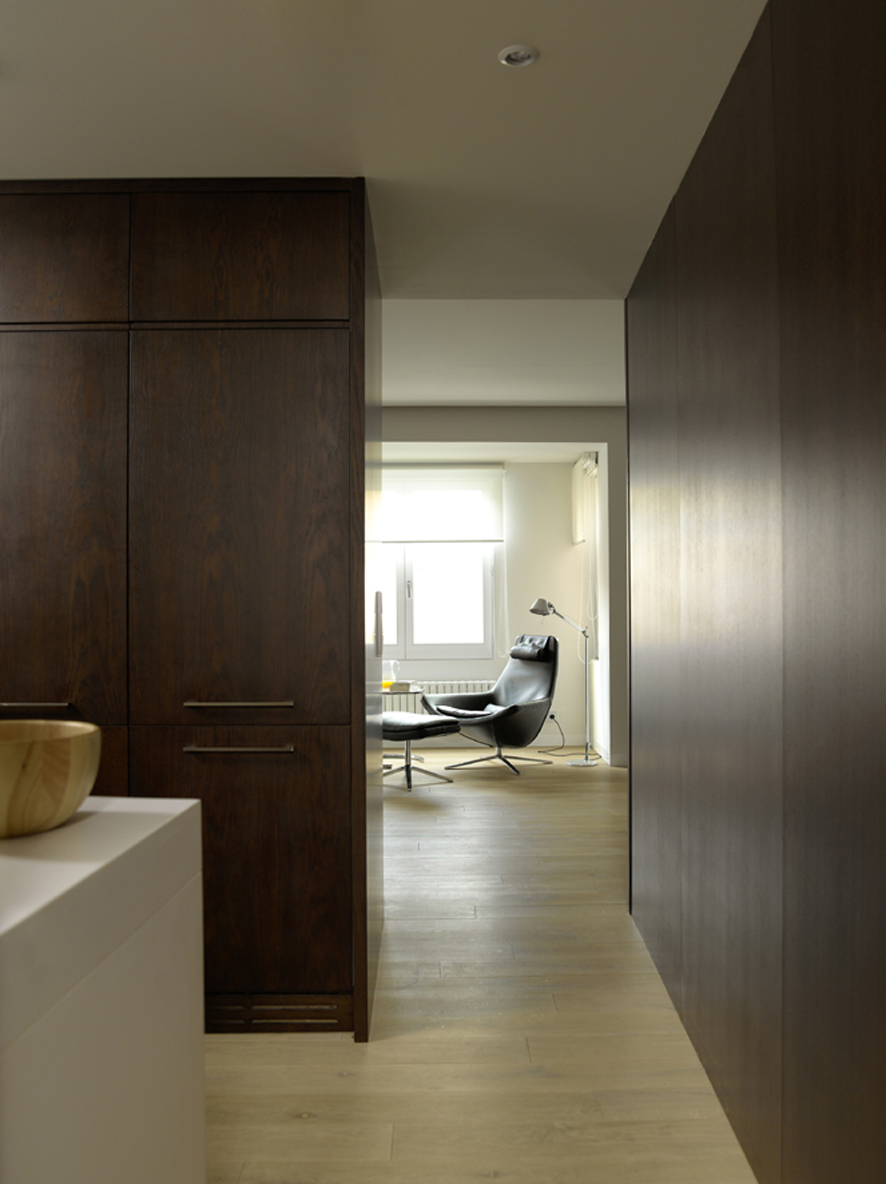 The project proposes an overall reform of a home located in a residential building in the historic center of Zaragoza. The building occupies a corner position, presenting two perpendicular streets facades, and a small courtyard. The resulting plant housing, L-shaped outward, with little structure inside and a large number of bays, eleven, divided between its walls, were the elements that had advertised the possibilities of reform.

From these data, in 2008 is carried out this reform project-apartment housing space, understood as an exercise consistent architecture that respects the most notable elements of the original building to transform a house in the fifties in a space contemporary home. The approach can be summarized as the emptying of the interior, and insertion into the space resulting from a series of containers, tables, shelves, … while, given its position, divide the space into zones of different uses within the unitary concept of the interior of the house. It avoids the interior walls to get a domestic space open, flexible and bright, with a greater sense of spaciousness, due also to the visual extension.

Preserve a unitary perception of space inside the house, not fragmented into small rooms, but the different rooms of the house to flow one after another and visual continuity from one end to another was not lost, therefore, one of project objectives. The distribution inside transparent establishes a continuous space by concatenating the various areas to accommodate the living room, dining room and kitchen, guest bedroom and master bedroom. The separation through sliding doors can attach and detach these spaces. Only the bathrooms located inside of a translucent glass volume are defined as closed rooms. This approach allows continuous perception of the main facades, through serial repetition of his vain, restoring its original woodwork.

The interior space is organized in three consecutive zones. The first area, located next to the door, includes the lobby, common areas and an open kitchen with Corian countertop table white. The second area corresponds to the rest area, and the third, the living room, raised as a center of family life and rendezvous with friends, is the main element of the interior layout is oriented toward the main facade and has more than half of the total area of ​​housing. A large sliding translucent glass with PVB can separate the different areas to allow privacy.

In the house walls are not available, but, between the plane of the floor, oak flooring white oil, and the ceiling plane, three oak container smoked linear and a cubic volume of glass that houses the toilets, compartmentalise the space, defining the different domains that bind and separate through sliding doors built into the ends of the furniture and object, home, depending on their position, dressers, bookcases, tables, or integrated appliances, depending on usage space to that service.