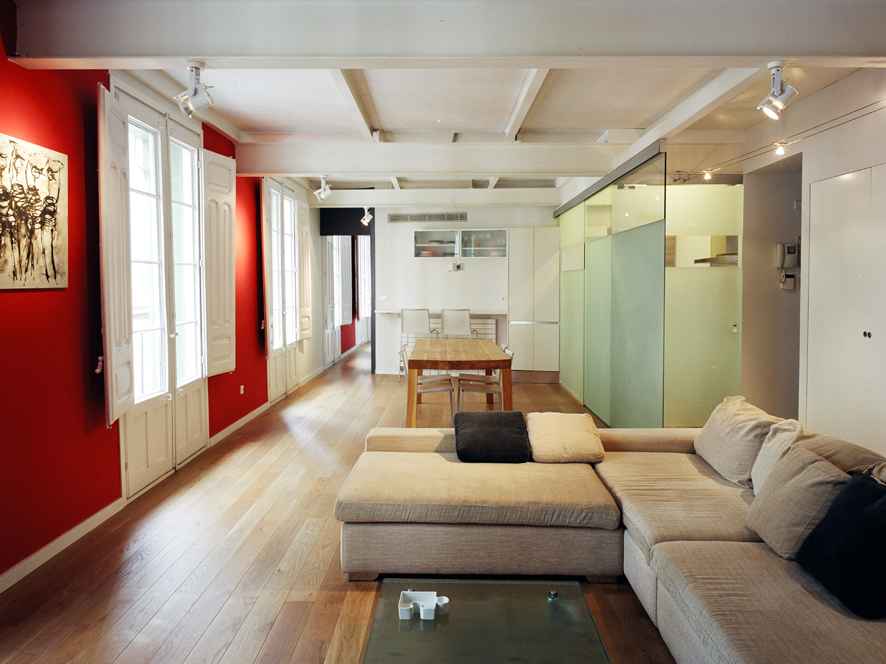 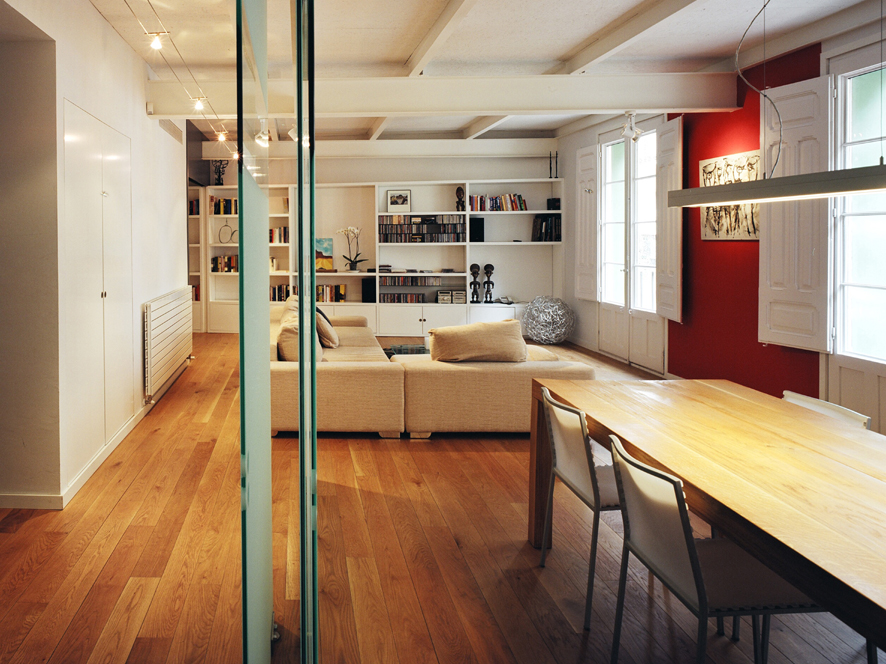 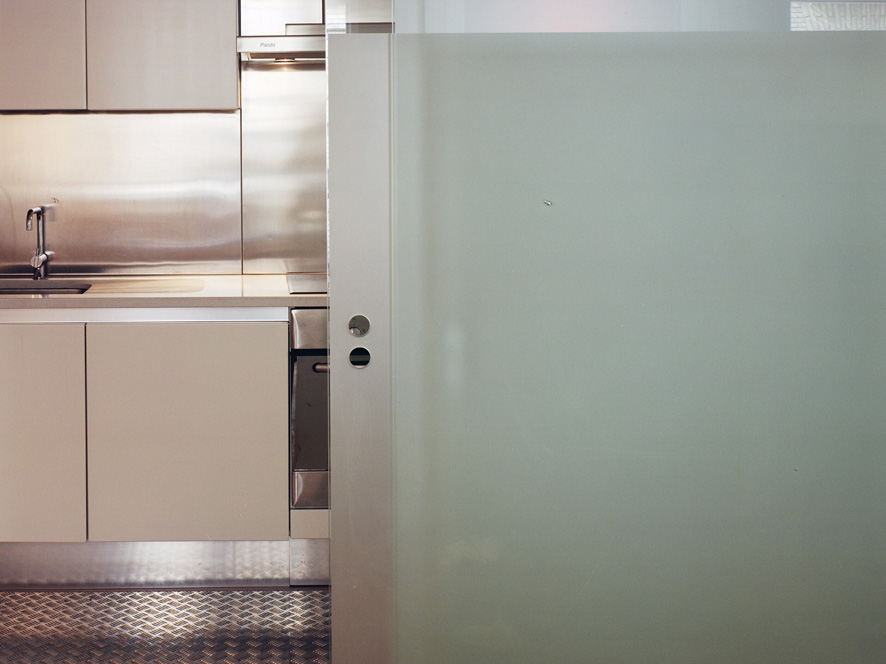 The project addresses the distillation of all the requests of all types, contained both in the housing program and functional order in place, context and original building in a single conceptual operation that crystallize and covered. The proposal, understood as an exercise in architecture, is the essential operation of understanding can solve the most direct and simple, once all these conditions.

The house is situated on the second floor of a building from the late nineteenth century (1885), designed by architect Elias Ballespin, on Calle San Miguel Zaragoza. The building is included in the Catálodo historical and artistic buildings of Zaragoza, with a degree of protection of environmental interest. The building, between party is located on a small plot and irregular inverted L-shaped and has four floors, topped by a canopy. The brick facade is revoked and homogeneous composition, ordered five areas of windows, lintels and balconied, whose flight is progressively reduced in size and height.

In 1998, due to an important arrow in the floors, took out the building works of forged metal vugas structure, according to the project by engineer Carlos Abadia Jariod.

From these data, in 2001 the project is carried out comprehensive reform of this space-apartment housing. The approach could be summarized as technical dividing wall + vacuum of space, with a band attached to the service that hosts dividing wet rooms, bathroom, toilet and kitchen, storage spaces, tables, shelves, …, freeing the remaining space with greater feeling of spaciousness, due also to the expansion of vision.