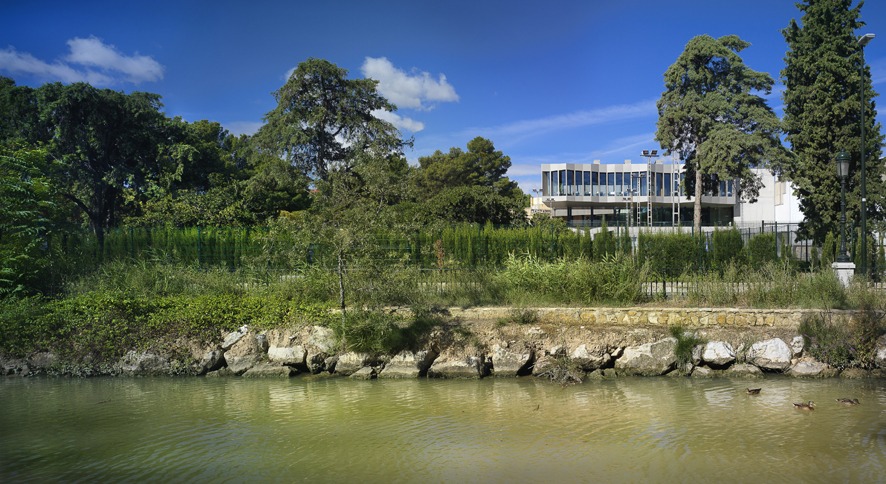 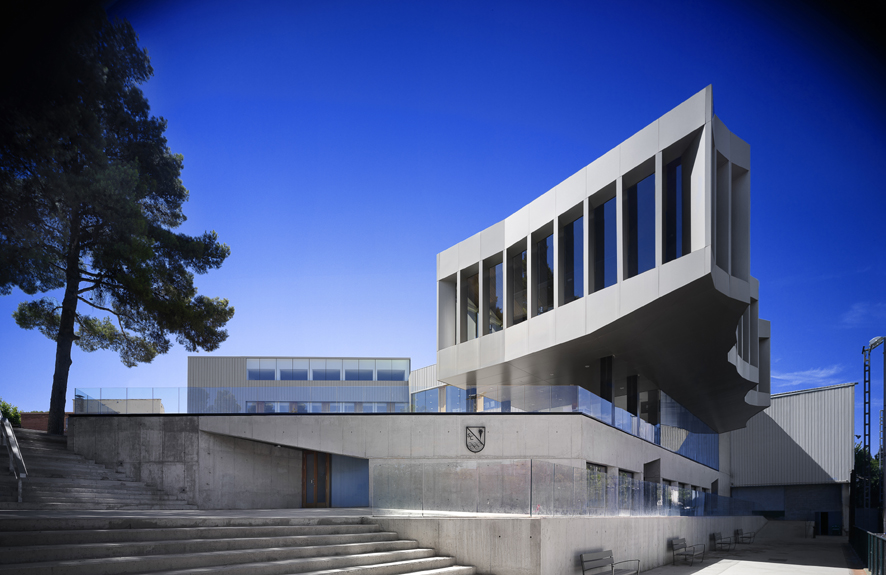 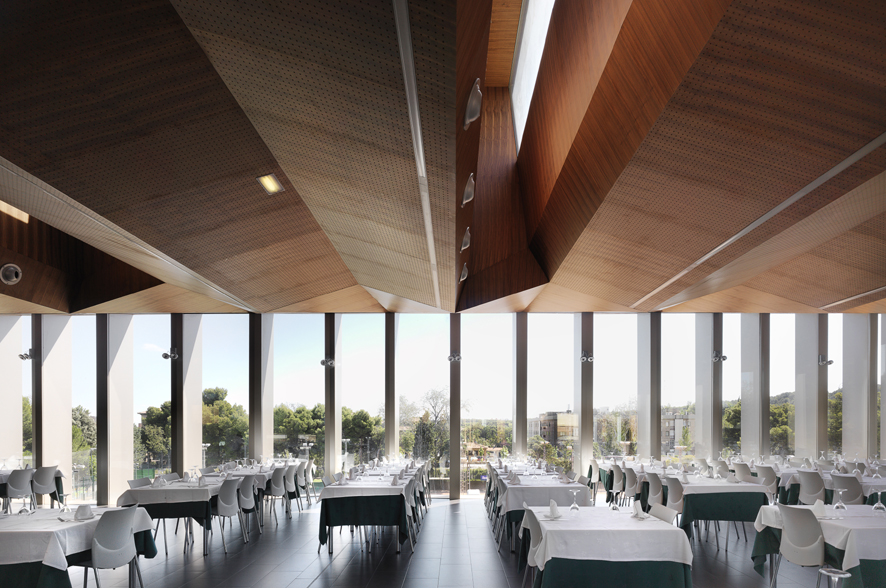 The project addresses the intervention in the main social and assembly space in the Sports Club Stadium Casablanca in Zaragoza, which currently has about 25,000 members and is situated in the south of the city, next to the Imperial Canal of Aragon and Pinares Venice. Currently, social activities, including dining areas, is of great importance in the planning and diversifying the supply of services for leisure facilities in relation to sport, oriented in many cases to family or groups of friends.

In this case, the project involves the adaptation and reform of existing old buildings that housed the dining areas of the center, to be multipurpose spaces allocated to social activities, and the construction of a new building for the new coffee-bar facilities , restaurant and sports offices.

The position of the existing central plaza as a place of leisure and accommodation, shaped by existing buildings, and open to the landscape in an elevated position with a height of four meters, underpins and justifies the solution to extend the horizontal plane of the square to the edge of the tennis courts, occupying an area previously devoted to surface parking.

This new platform brings new possibilities, occupying the interior to accommodate new activities: sports offices, media rooms, multipurpose spaces … and, by paved deck at the top level as an extension of the square, to settle and organize tours and pedestrian access existing different levels.

On this platform and taking advantage of the orientation and views, raise the main volume of the new restaurant, which addresses the need for an open space for up to 400 seats, with the possibility of sectored in different dining areas. Its configuration allows a direct relationship with the surrounding nature and the countryside nearby. The lighting is controlled by structural elements, by way of vertical blinds, the undulating facade facing the pine, and the skylights on the wooden roof create an atmosphere within which to some extent, blurred the boundaries of interior and exterior space , and gives the restaurant a condition of viewing on the premises of the club, into the canal and the landscape.

The idea of giving the whole project a unitary condition poses a continuous coating of aluminum panels throughout the intervention, including the new envelope of the existing old buildings, which is disrupted in carpentries and iroko wood blind areas.