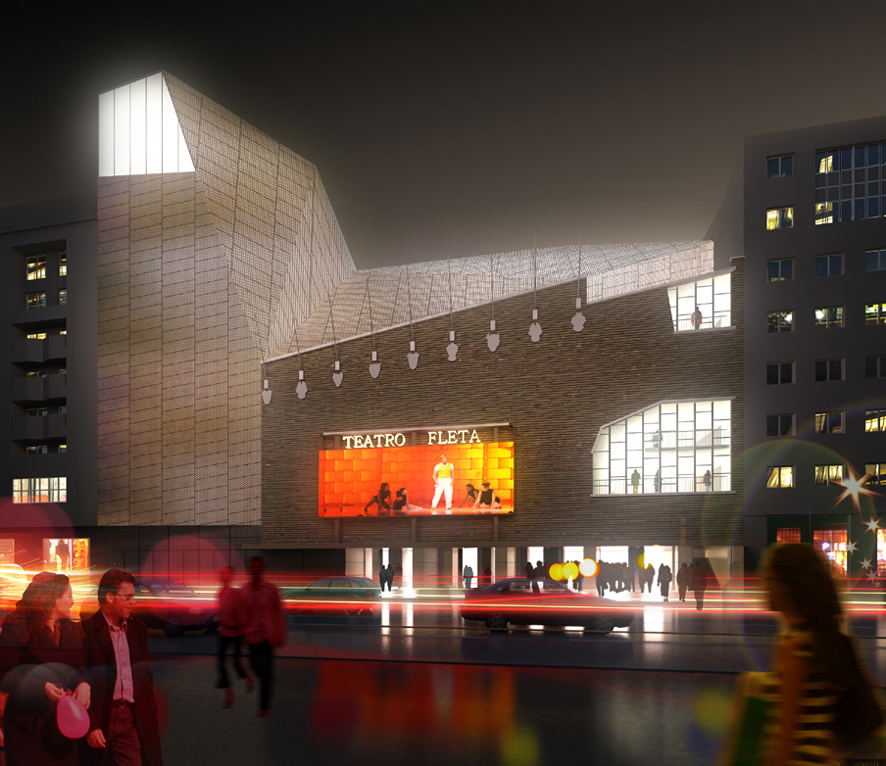 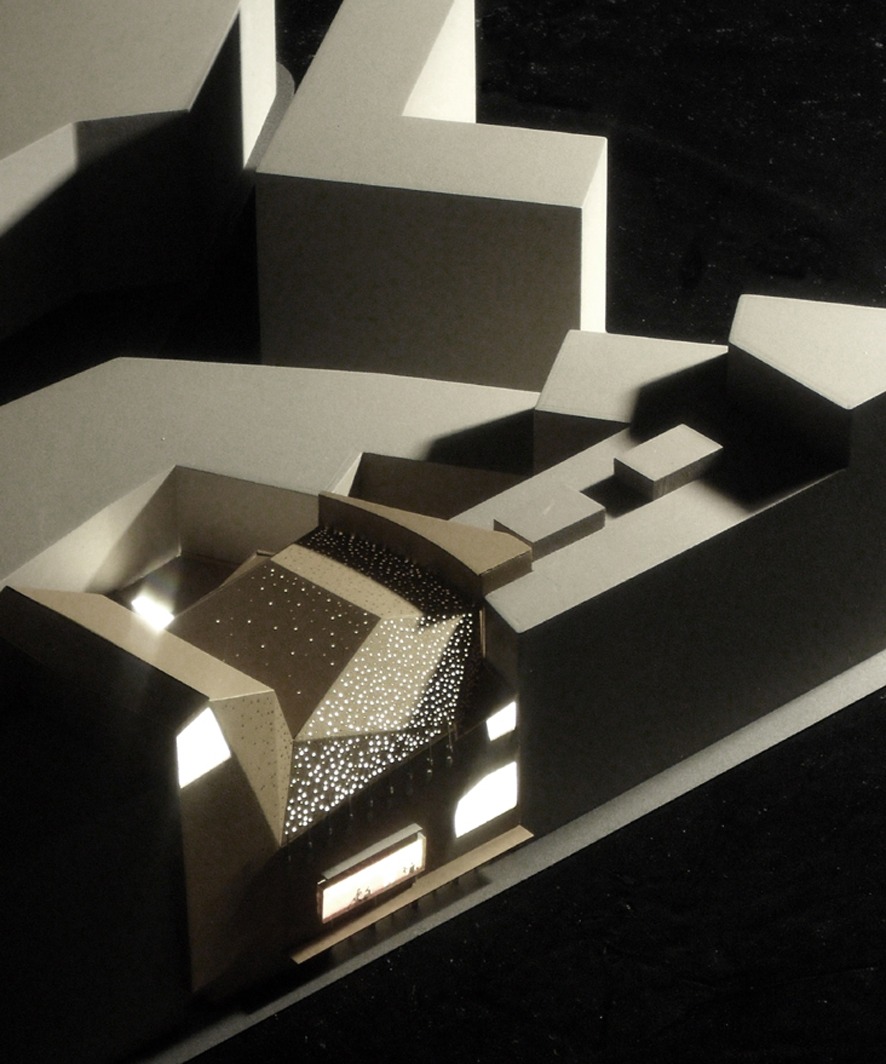 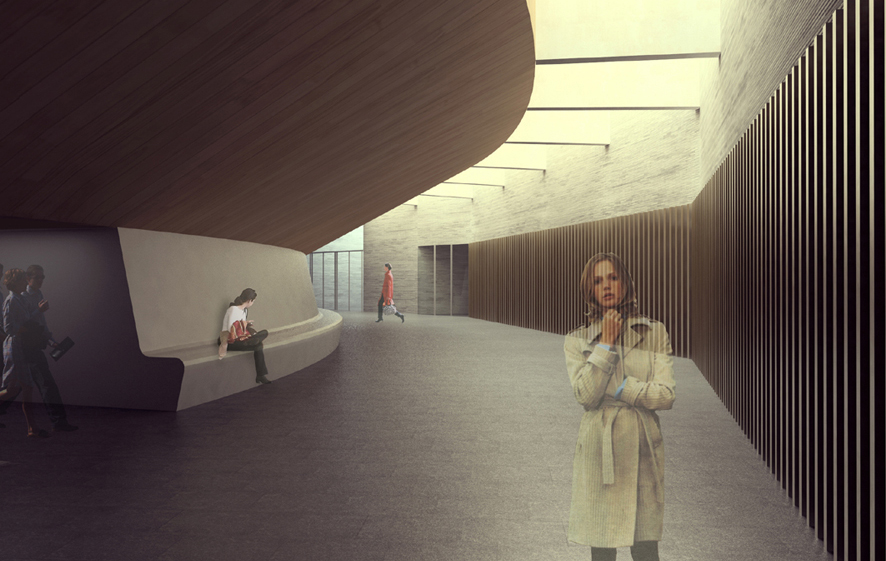 Solving the appropriate relationship between the new extension and the original building will be a key issue in the proposed intervention on the Teatro Fleta. The project serves both the insertion of the new multifunctional complex program aimed at Center for Performing Arts and Audiovisual, in a building to preserve its highlights, as the suggestions in terms of space pointed to by the original project. This volumetric expansion Fleta Theatre will strengthen its existing position in the city and release the original spaces of the building to undergo a use for which they were not intended, while the new theater will respond to the contemporary arts with a budget technique according to the circumstances.

Intervention to meet the demands arising from new applications to a new space organization of clear and simple. Be preserved elements of the original building are preserved: stairs and distribution space, amphitheater, and facade facing the street and is reconstructed from the main hall audience. The new common areas and lobbies of the various rooms are linked to the main lobby. The new arrangement is Transformable room underground, where they also have technical areas and artists in a series of basements, above the water table.

The new dimensions and stage equipment needs are placed in a new stage volume and looms. The volume of the annex to the same height onto the patio are located office space and administration. The new roof of the auditorium, two-storey houses the audiovisual training area, with adequate lighting and ventilation. Finally, ground floor, in the ship building is located adjacent to the film library, with access from the main lobby and also directly from the street Azoque.

The extensions above ground of the original volume of the project was manifested on the outside, subordinated to the role of the original brick facade. The two new requirements volumetric-tower and deck – are solved by a volume unit faceted and paneled drilled alloy of copper and patinated bronze in stark contrast to the residential buildings surrounding the theater.