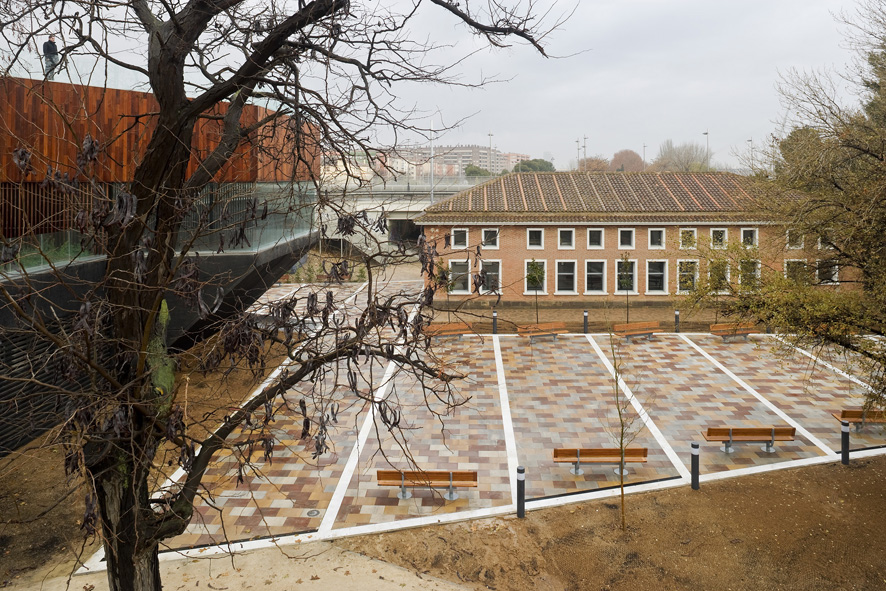 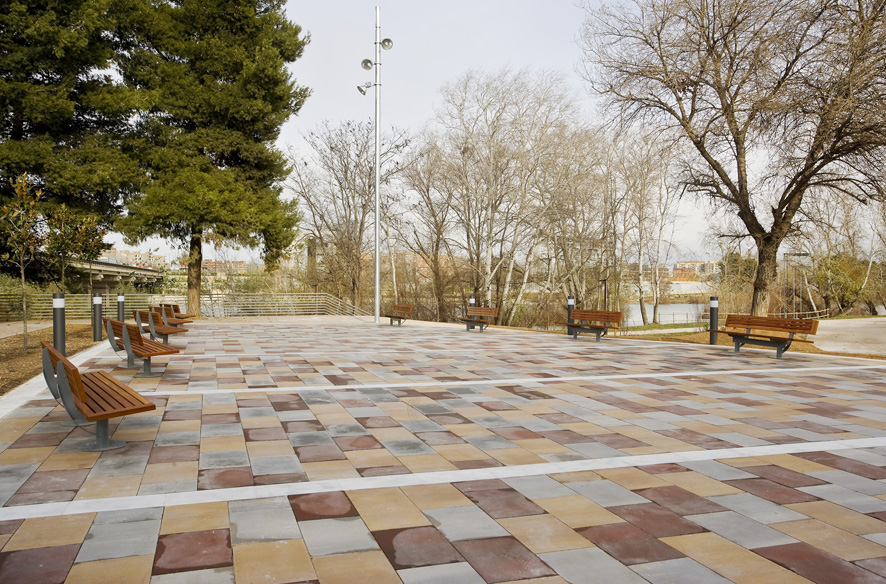 The park next to Ebro Environmental Centre completes the west end of the park on the banks of the Ebro river, in the section corresponding to Echegaray-San Pablo.

The plot is bounded by existing park to the east, Almozara bridge and Plaza Europa to the west, Echegaray Avenue to the south and riverbank walkway to the north. Connect these different spaces, located at different heights, through a series of paths that articulate the spaces linked to existing buildings has been the main objective of the proposal.

On the other hand, linked to Ebro Environmental Centre and Bomb Building, a generous public  space is set by articulating two areas between buildings. This space becomes a platform-viewpoint toward the river, due to the difference in height of 2.5 m with reiverside walkway.

Finally, in order to integrate new spaces with the riverbank walkway, pavements are limited to those already used in the park, but used in new combinations. The same idea is applied to urban furniture elements, except some especially significant.