Renovation of Palacio Luna. Superior Court of Justice of Aragon 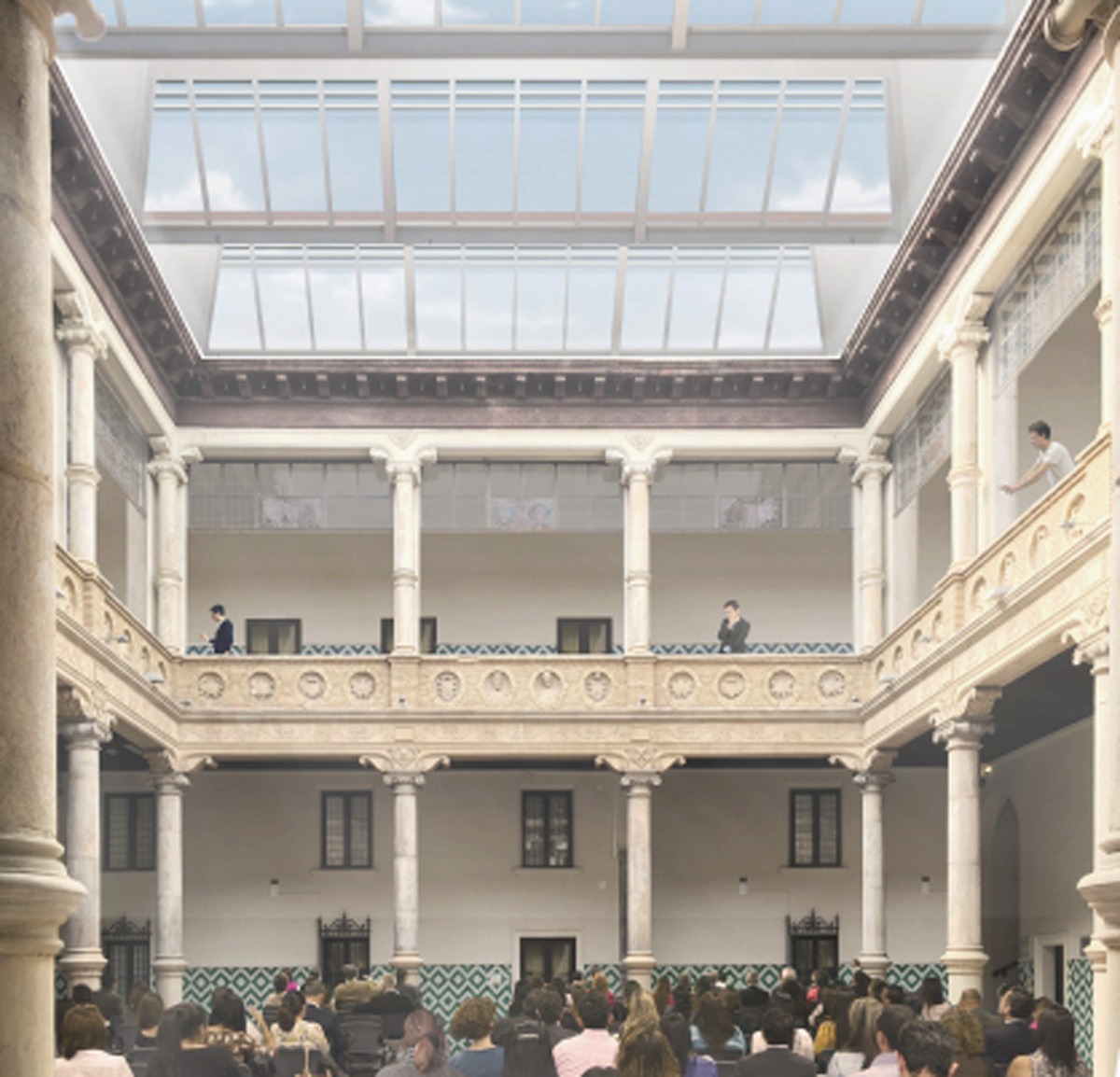 Palacio Luna, also known as the Palace of the Counts of Morata, is one of the best examples of the 16th-century civil Architecture in Aragon, and current site of the Superior Court of Justice of Aragon.

The strategy followed consists in concentrating the efforts in a single and synthetic gesture, a global and unifying cover, that manages to give a new image to the whole group and that is capable of solving all the demands of the renovation project in a single effort. The proposal is not limited to giving a solution to the covering of the patio, hoping that otherwise the L-shaped bay will be resolved towards the North, but it consists of the complete redefinition of the top finish of the whole, currently lacking in any type of order or volumetric criterion, with the exception of the two bays located on its south-east and south-west sides that present, on the contrary, a harmonious, balanced and perfectly finished composition.