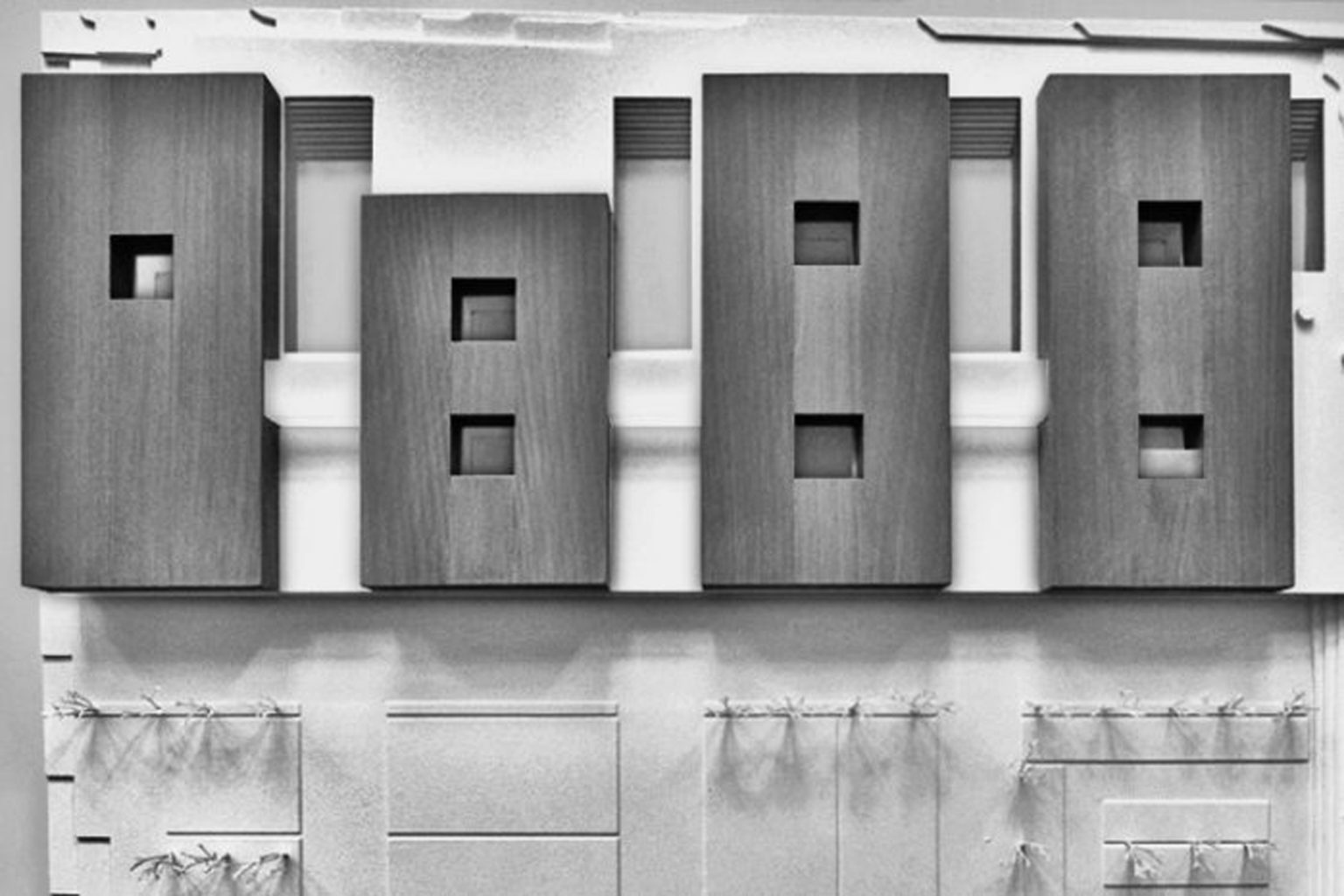 In the south of Stierstadt, the expansion of the secondary school is planned, with a new building for classrooms and laboratories. The demolition of the existing volume in front of the classroom offers the possibility of creating a large public space between the existing school and the new extension. The fragmentation of the scale of the classroom into six concatenated cubic volumes, and the existing topographic slope – of one floor, between the green area to the south and the patio to the north – are the main references present in the origin of the project.

The extension is planned as a continuous ground floor, like a landscaped plinth, whose roof coincides with the level of the wooded terrain to the south, on which four prismatic volumes are supported, perforated by patios, as a cantilever towards the new space open between this new volume and the existing classroom. This plaza-courtyard, with different areas and pavements, organizes the circulations between both buildings and articulates the arrival to the center from the street, and, on the other side, the connection with the rest of the buildings and sports facilities of the school complex.