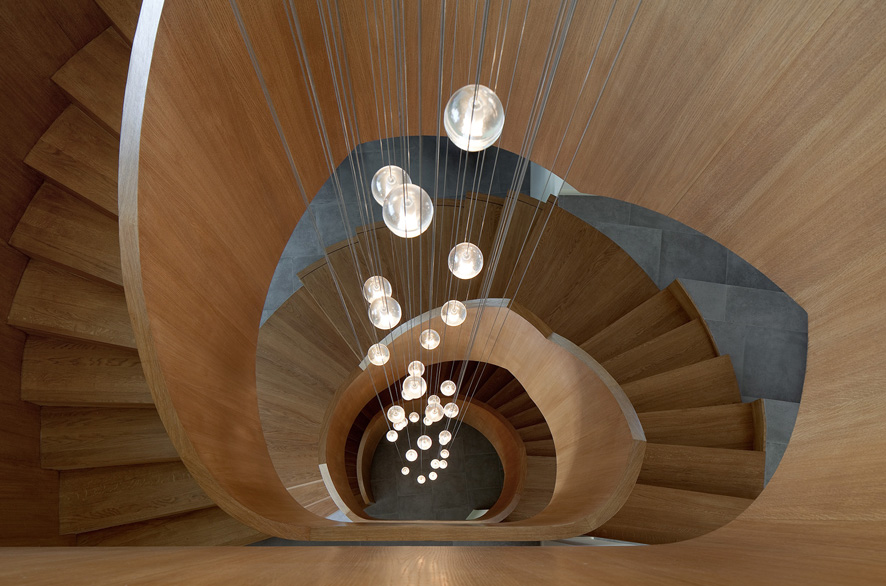 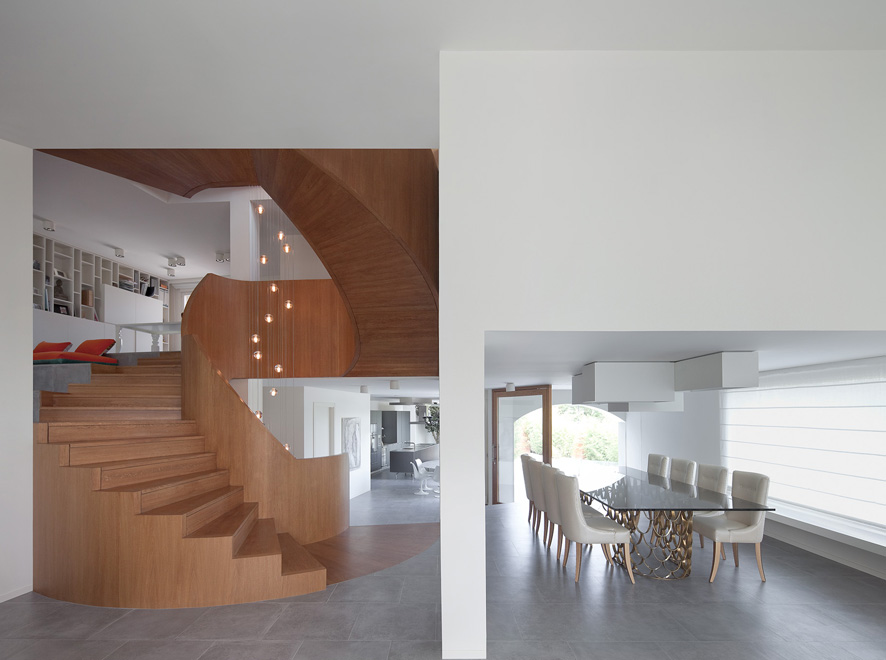 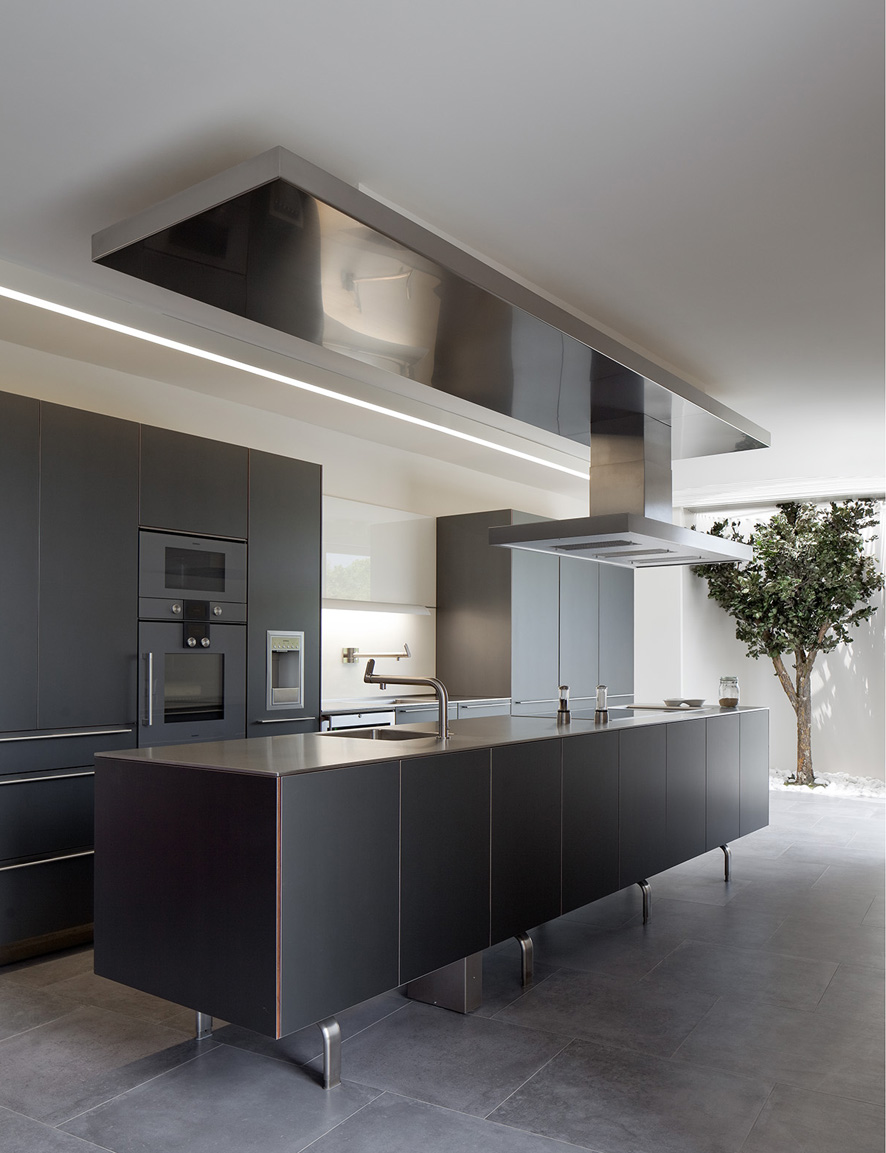 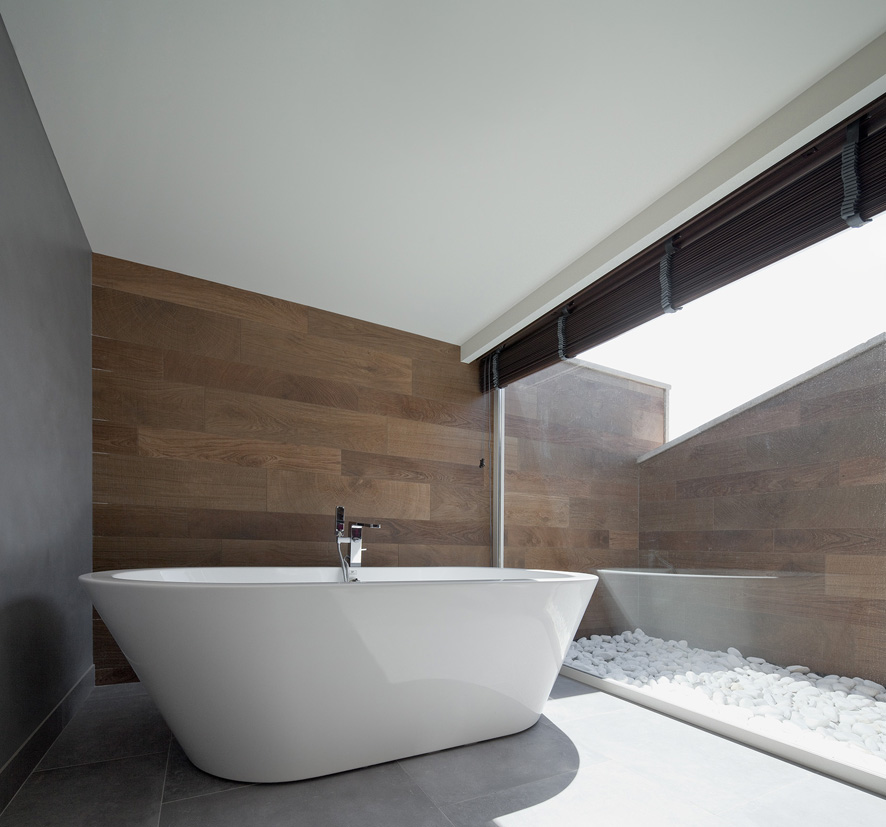 The project is seen as an opportunity to recover the loosian concept of Raumplan, making topographic orchestration of successive domestic spaces, both indoors and outdoors, the main argument of the project. The project is based on pre-existing to organize the different uses around the axis defined by the new staircase, whose geometry and spiral tour arises from the connection to the successive levels of the house. The action is not limited to the indoor but the sequence of uses continues in the new outdoor spaces- terraces, porches and patios at different heights- whose landscaping helps to create a leafy vegetable atmosphere, tinge the massive presence  of the exterior walls.

The project reflects on the various forms of contemporary living, with a clear division between personal and private, enclosed and intimate residential spaces, and shared relationship spaces, open and connected visual and spatially by a spiral. The like-cascade spatial organization of housing  sets in public areas  that allow simultaneous display throughout the day and evening activities, while the distribution in levels ensures the privacy of private areas. These areas are organized as separate apartments as «5 houses within a house«: the guest area and staff area (each with separate exterior access), youth rooms for temporary stays, the main room and the room child.

The common areas of the house, including rooms, living rooms, dining rooms, kitchen, library, office and TV room–projections, are at  ground floor levels and mezzanine, near the central staircase and in relation to outside. These spaces are spatially and visually connected by diagonal perspectives that contribute to the perception of continuity and spaciousness of the interior spaces. The route through the central staircase starts in the TV room linked to the patio garden on the lower level and ends almost 10 meters above- the upper level terrace with a splendid view of the linear park following the course the Imperial Canal of Aragon. The helical path of the staircase and paneling give some sculptural character who stars in the interior and vertical perspectives between the different levels.

The starting point, the site, consisted of the plot and the previous structure of a house belonging to a residential complex of Zaragoza, built in the early 90’s. The derelict state of the house expressed the abrupt interruption of a previous works, which, however, were allowed to discover an original basement, unnoticed, under the housing. This discovery, together with the position of the housing over the whole row, and therefore, with three walls and a courtyard in C around, were the main attractions of a project very conditioned on the volumetric original configuration.