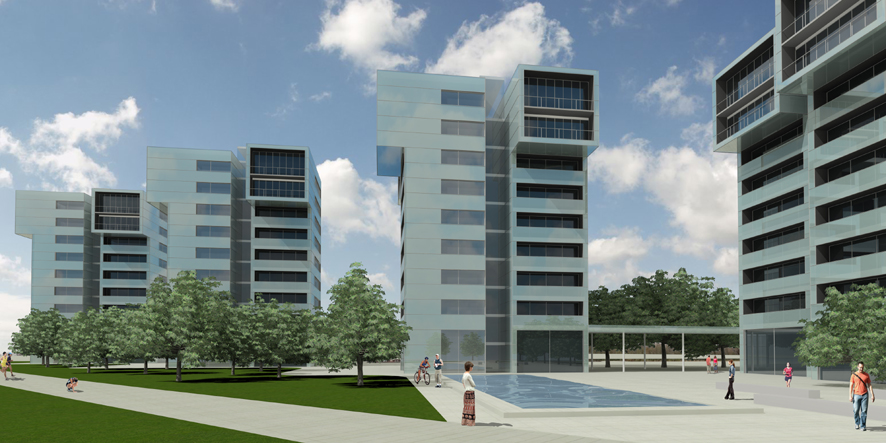 The plot is the urban edge of the Actur neighbourhood to the south, facing the riverside park of the river Ebro.

The project aims to redefine a new urban scene linked with adjacents streets and buildings in order to response two different scales: city scale, as a urban facade to the riverside park, and neighbourhood scale, as a public area in continuity with existing civic spaces and green areas.

The buildings defined by the planning are divided in two parts each and organized, according to the geometry of the existing neighbourhood,  with same gaps between them. Due to this, the towers gain in slenderness without raising height, visual permeability is improved and the urban scene turns more dinamic.

Also, the whole 96 units faces south to the river park with views to the park and the Hisotric City Centre, specially in the top plants, and a better energetic balance by capturing solar radiation while decreasing energy loss in the north.  They have double orientation, with technical rooms next to the elevators, with possibility to flexible distributions up to the users.

The public space is also organized acording the scales of the area with a wider entrance plaza next to the riverpark and a system of pedestrian public spaces linked to the adjacent streets.